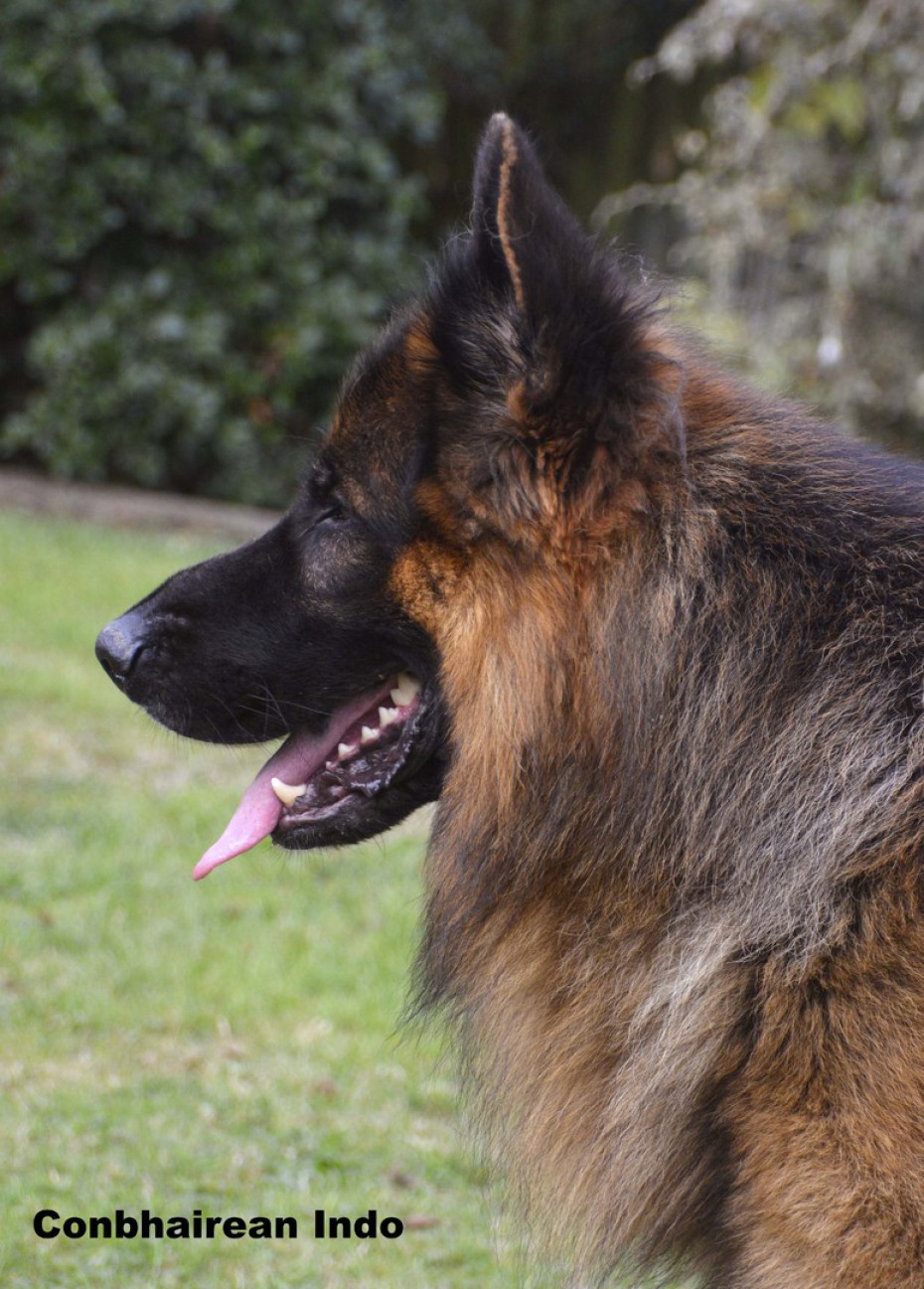 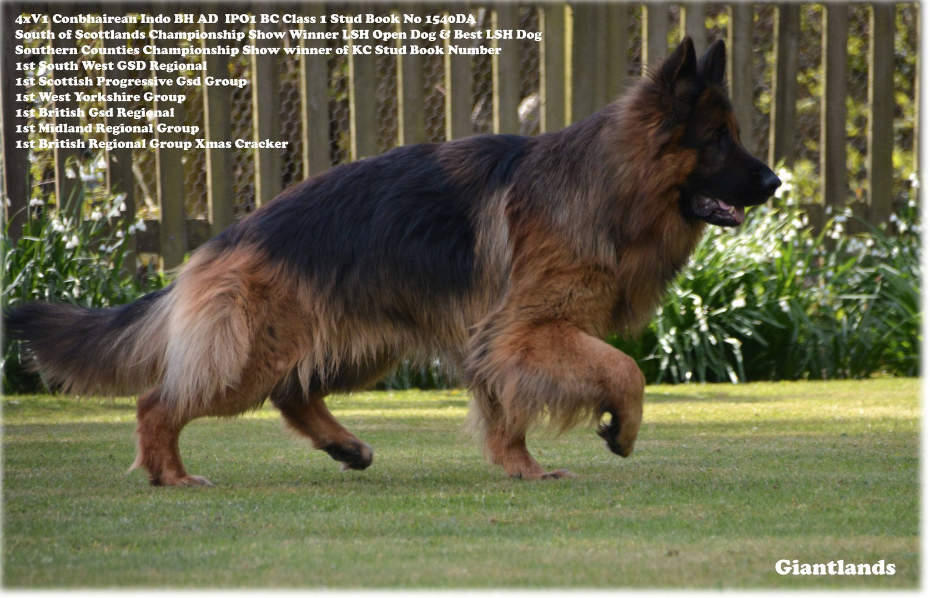 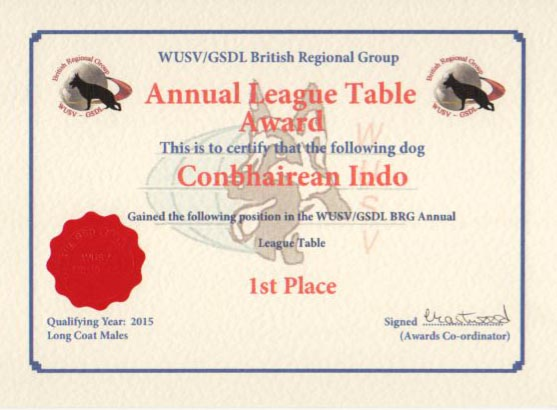 So proud of this very Special Boy

Wow Indo is awarded V1 after being out of the show ring since October 2013. 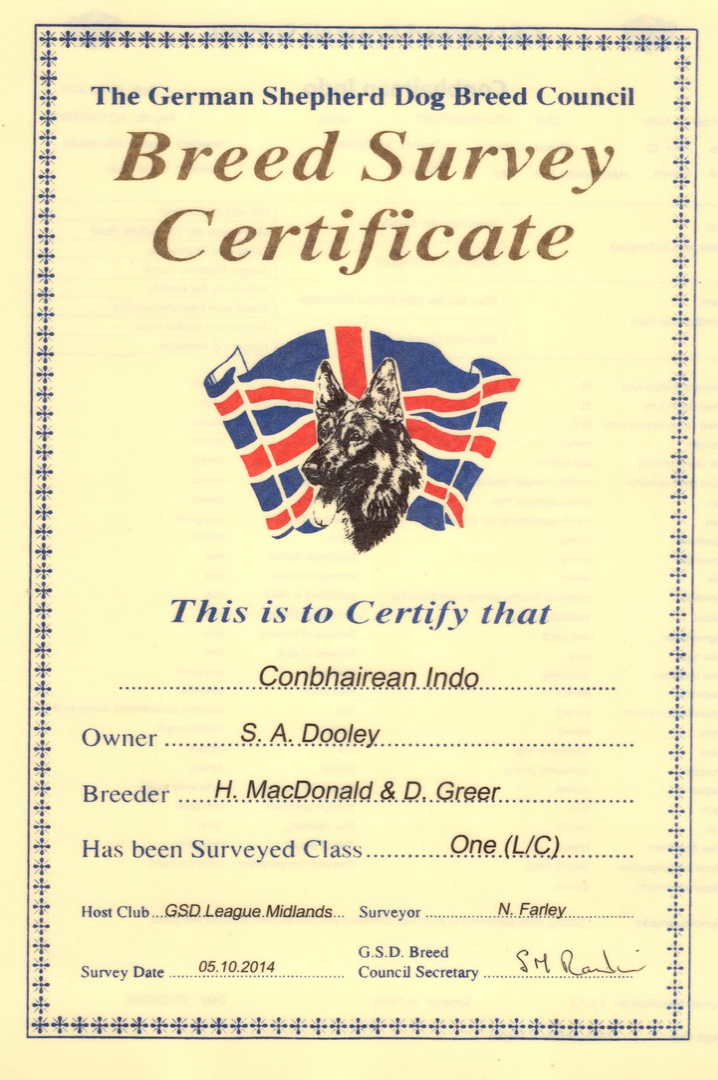 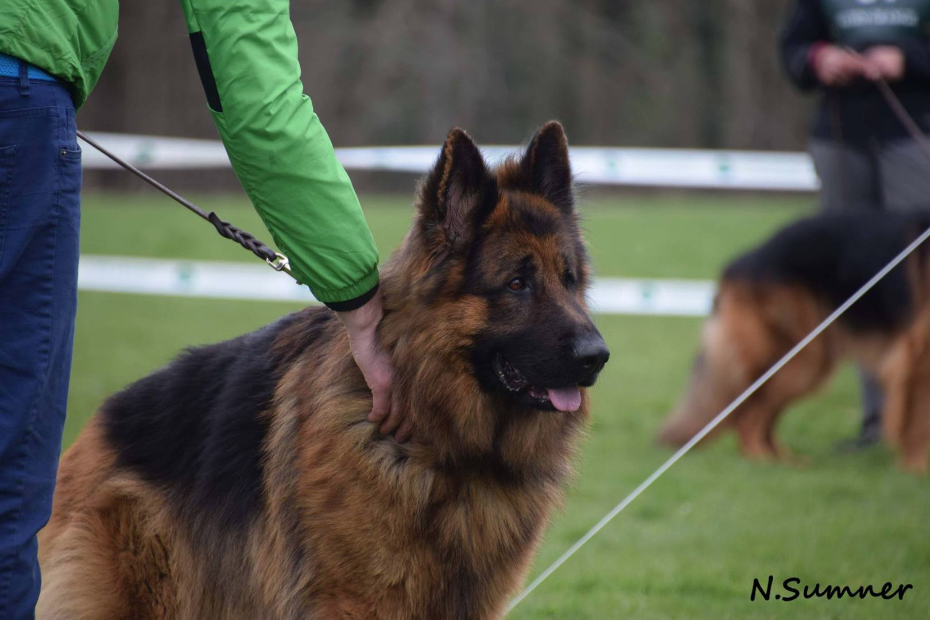 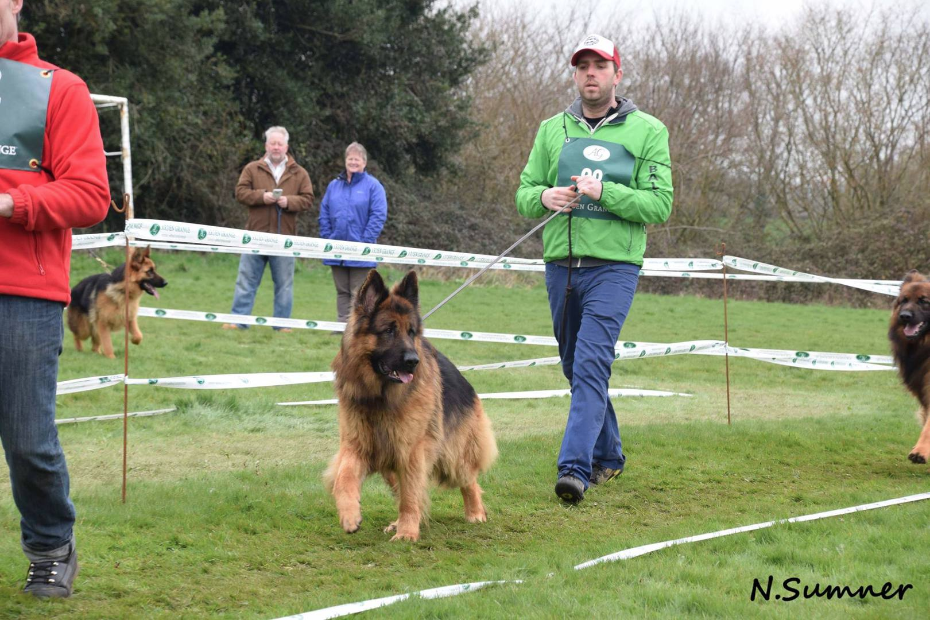 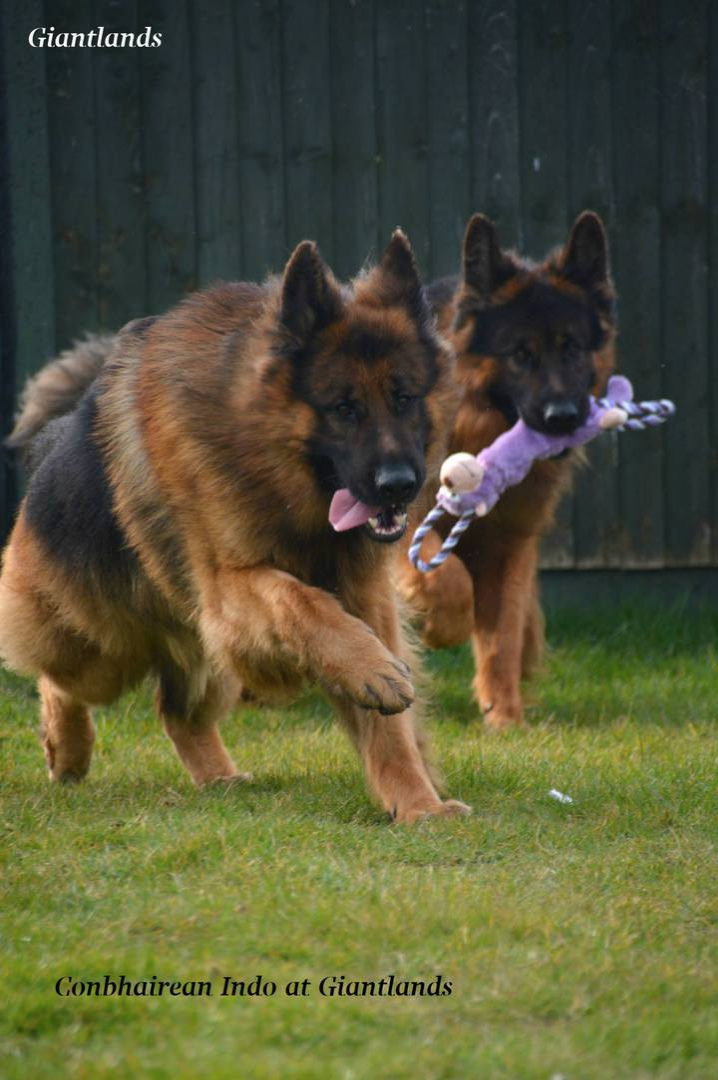 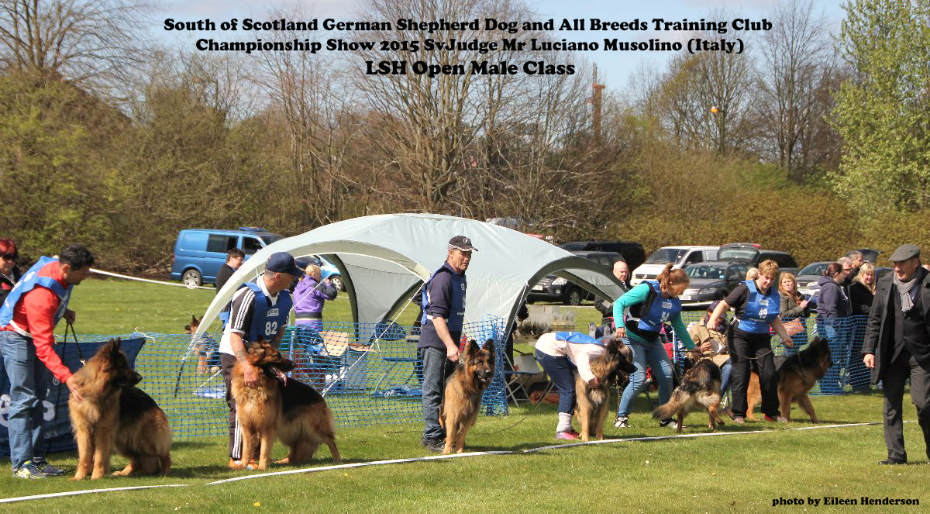 Thank you to South of Scotland German Shepherd Dog and All Breeds Training Club for a fantastic Championship Show today. Celebrating there 70th Anniversary the prizes and goodies on offer to exhibitors was amazing thank you all the committee and helpers that this day special. Superbly handled by Andrew Connolly and under SvJudge Mr Luciano Musolino (Italy). Our two boys performed there paws off. 1st LSH Puppy Dog Cezar von Zenteiche. 1st LSH Open Male Conbhairean Indo and Best LSH Male In Show 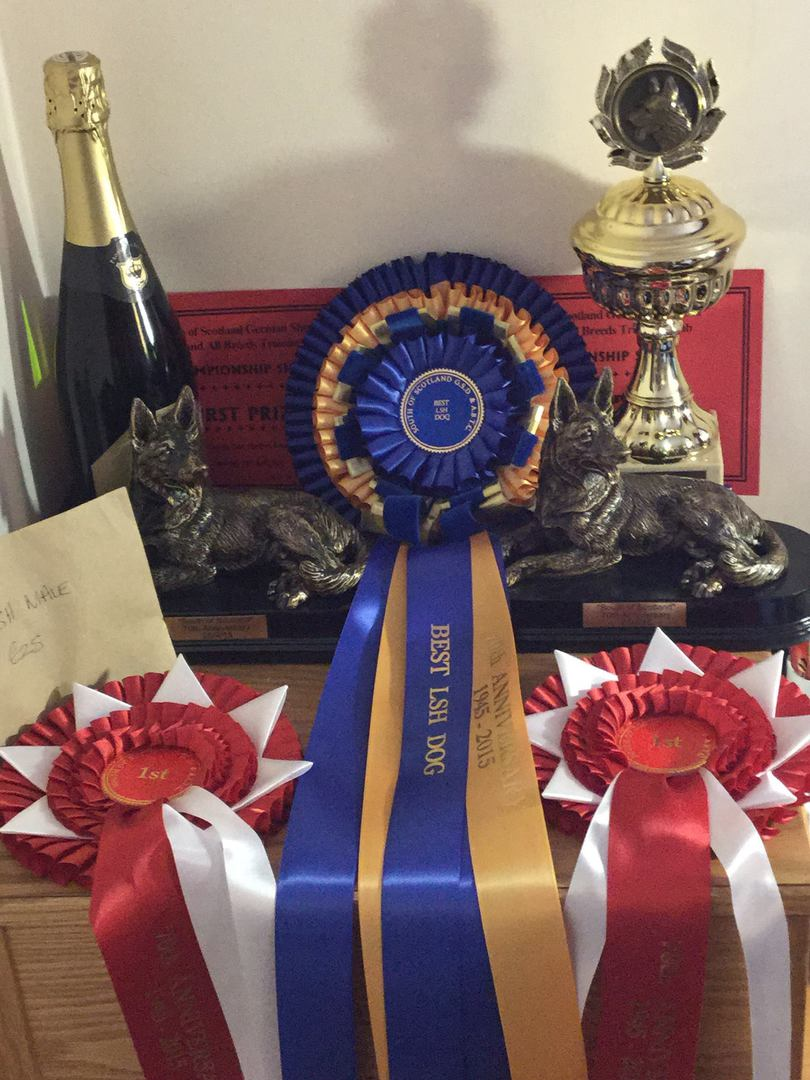 Our special boy wins his class at the 2nd Regional of 2015. Super handling by Dale Mathieson. 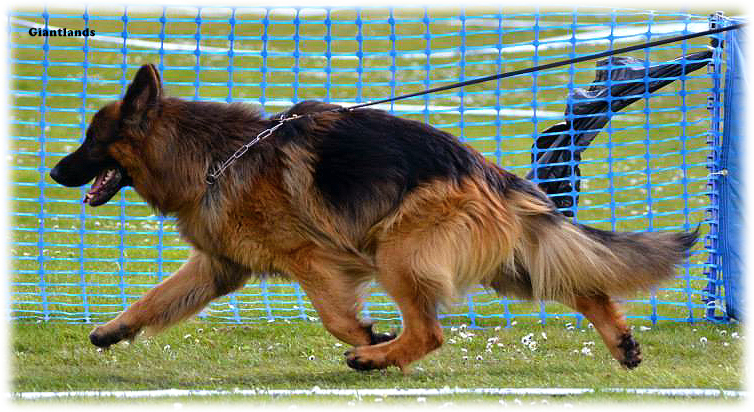 Without s single paw on the floor Indo leads the Adult LC Male. Pulled out 1st after the Indivdual and keep it after the run off. 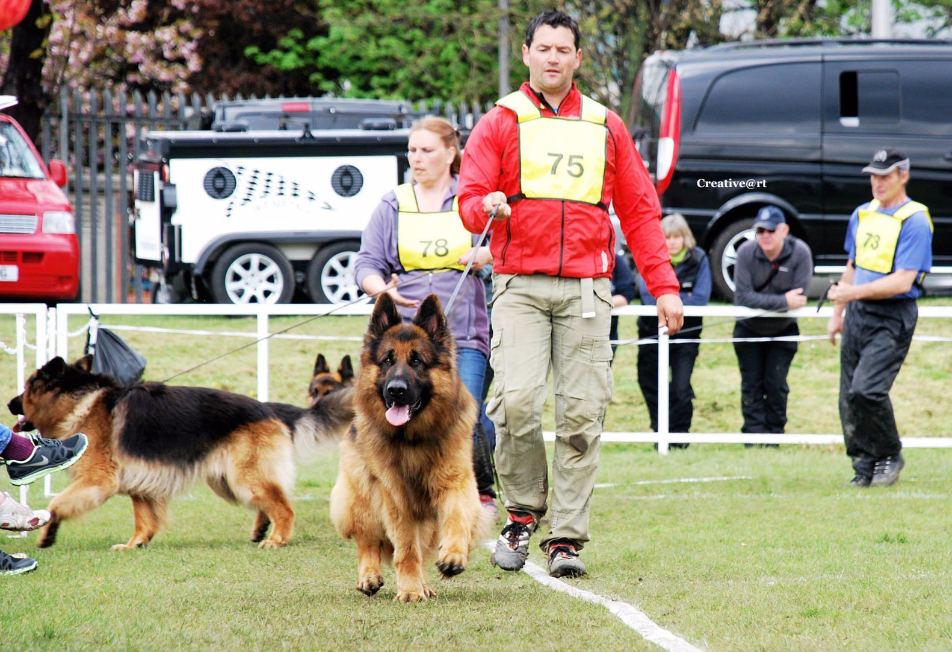 So proud of this boy - Yorkshire Regional Show 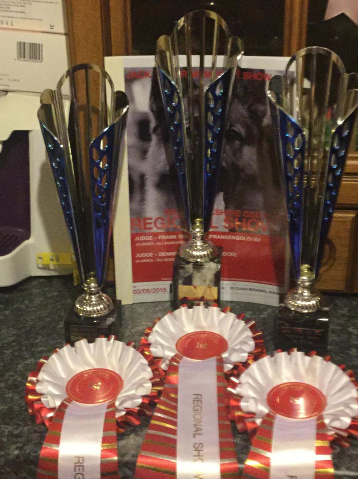 Our big man first and only all breed Kennel Club Show entered. Handled by Ann Swift, hoping to qualify our boy for Crufts. Not an easy task as a Long Coat we have to compete against

Short Coats in all Classes. We entered Indo into Open Dog. He needs to finish at least third to qualify for Crufts. But he does not disappoint finishing in second place and then wins GCDS. First and Second in Open and First in Limit at Championship Show level qualifies for inclusion in the Kennel Club Stud Book and Qualifies him for Crufts for Life. Thank you to judge Helen Davenport-Willis for thinking so highly of our boy.

Certificate and his No. 1540DA 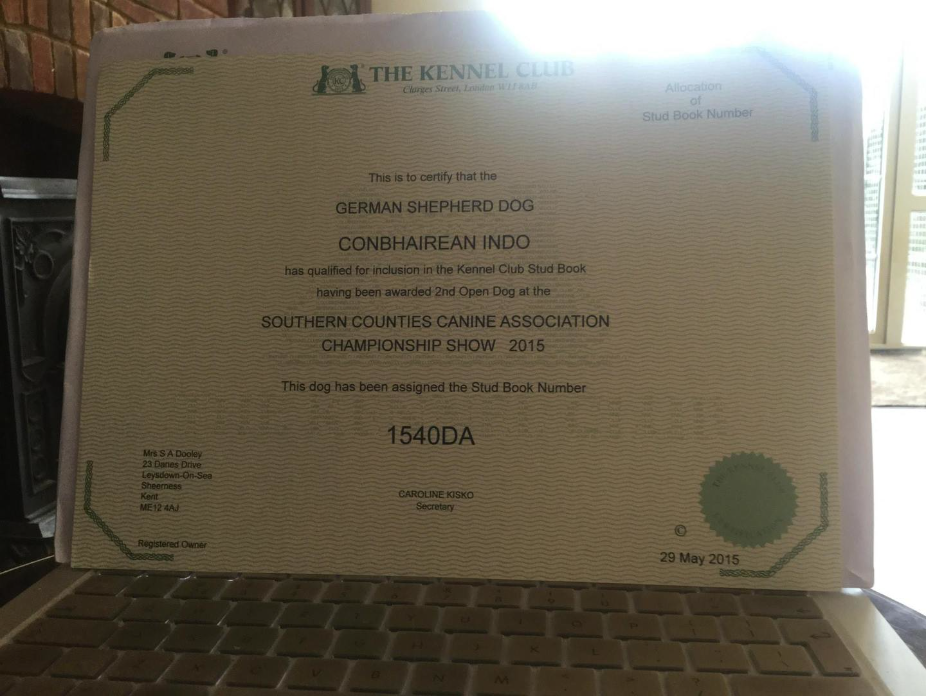 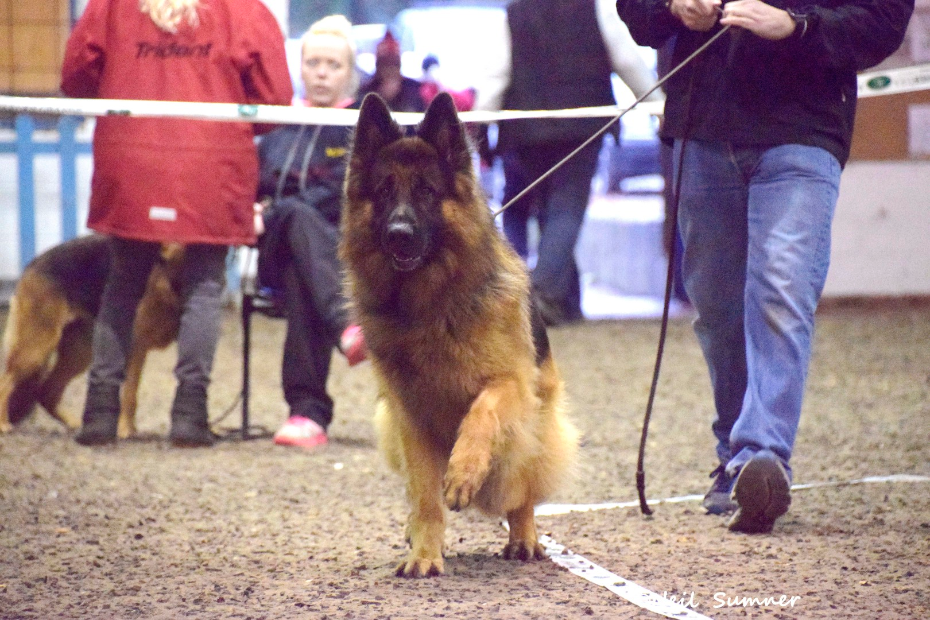 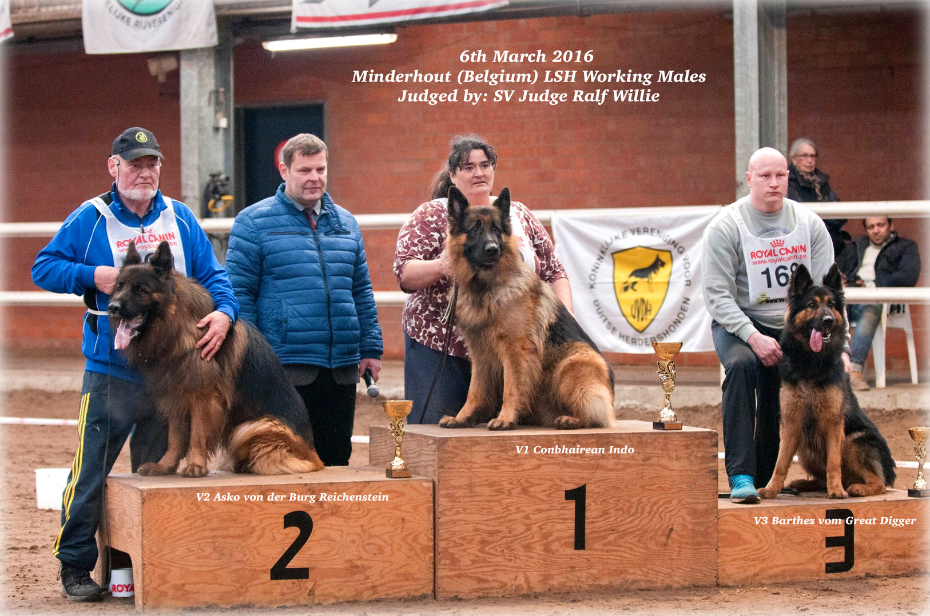 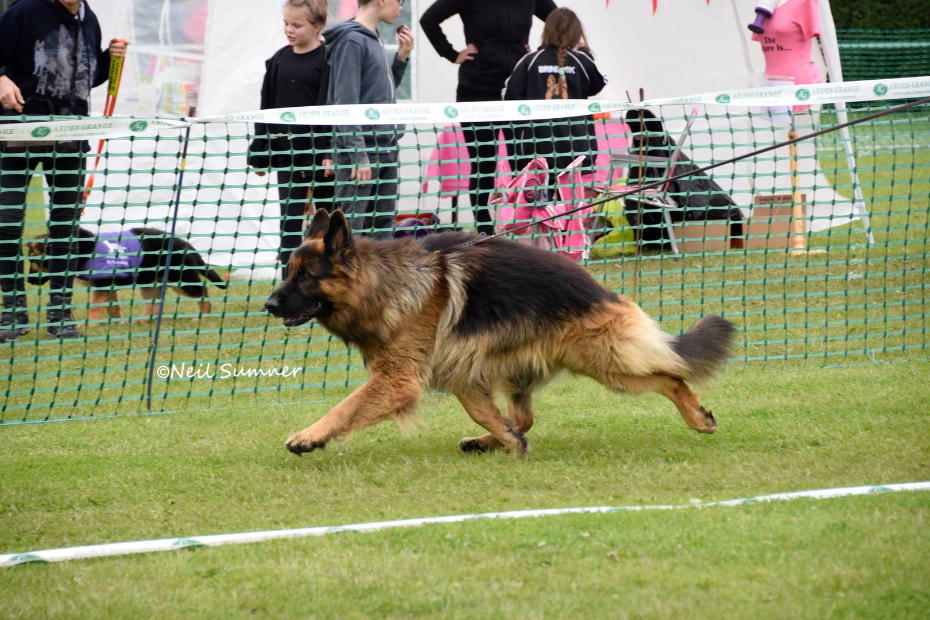 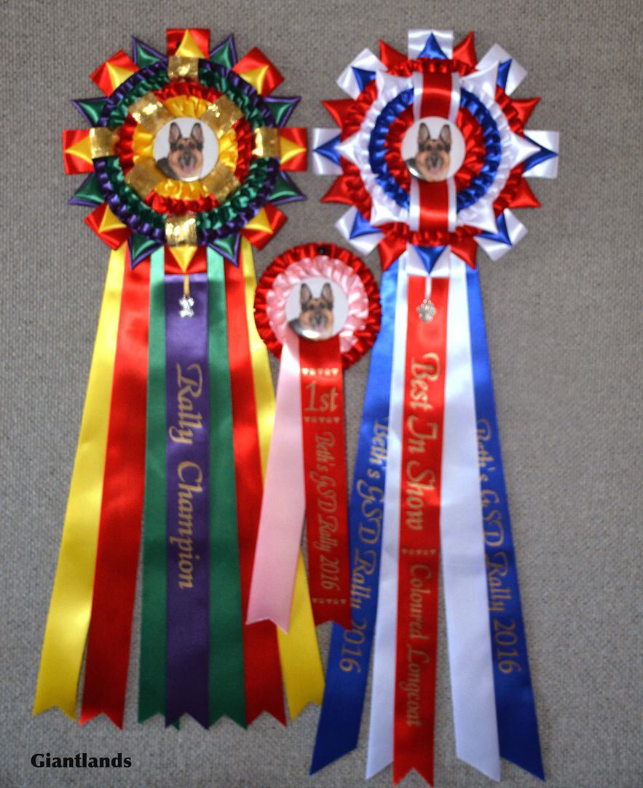 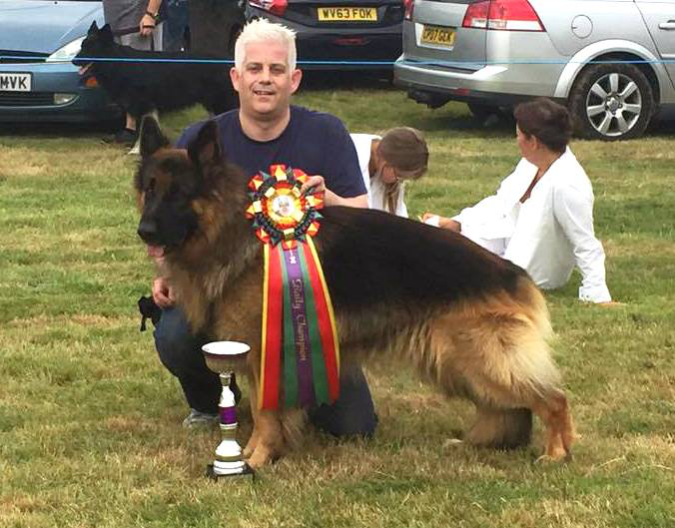 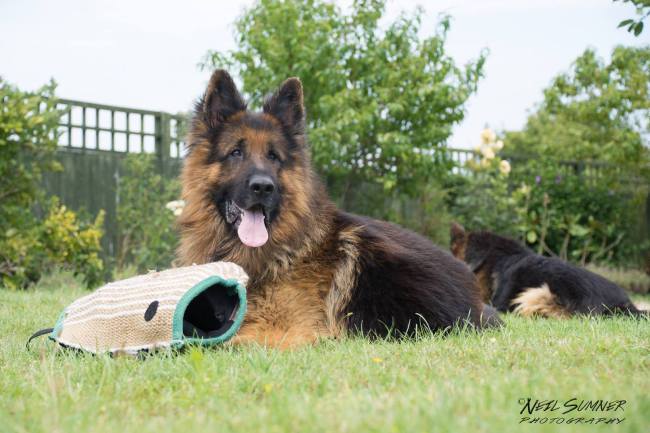