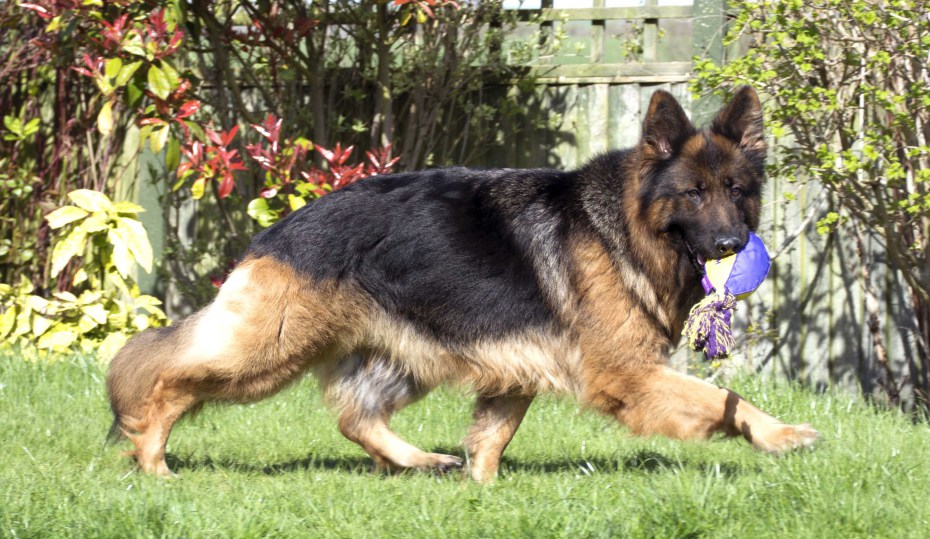 Xyna mum and dad are Standard Coat German Shepherd so we are very lucky to have this beautiful long coat girl. She is a full of fun girl and adores training and anything fun that includes any ball or toy.

Xyna is a very exciting addition to our family. She was imported from Germany. She was bred by SV Judge Gunter Schwedes. The British Sieger judge in 2014 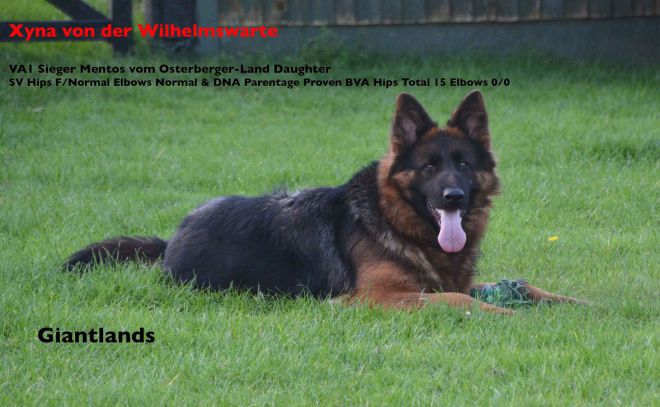 This gorgeous girl has given us stunning babies 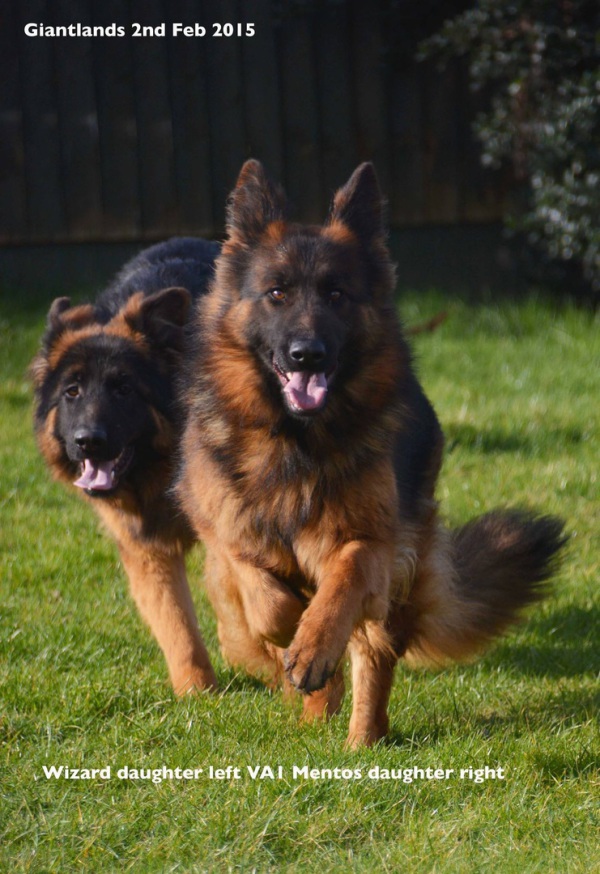 Our beautiful girl Xyna on the right. 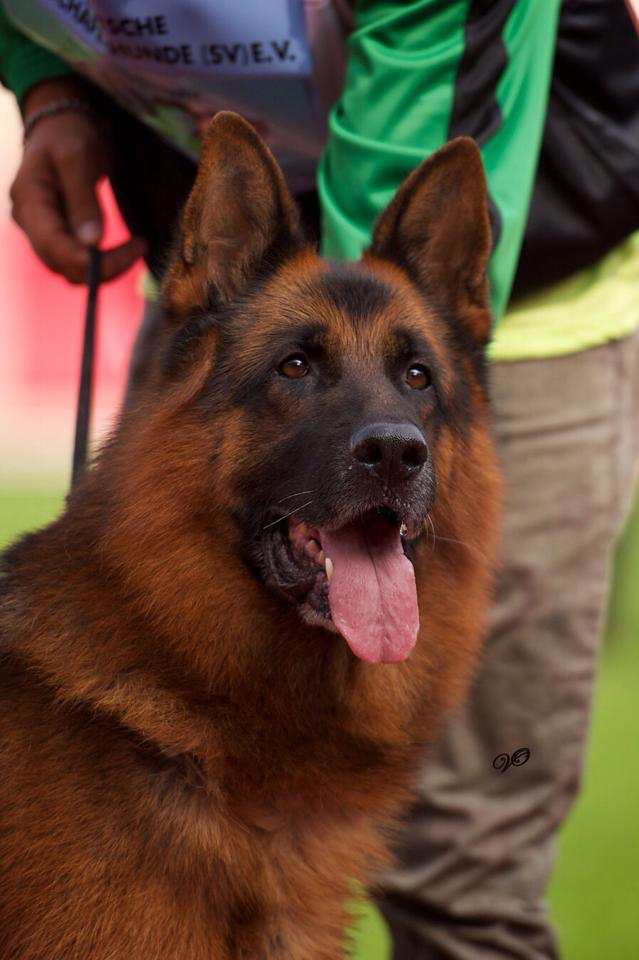 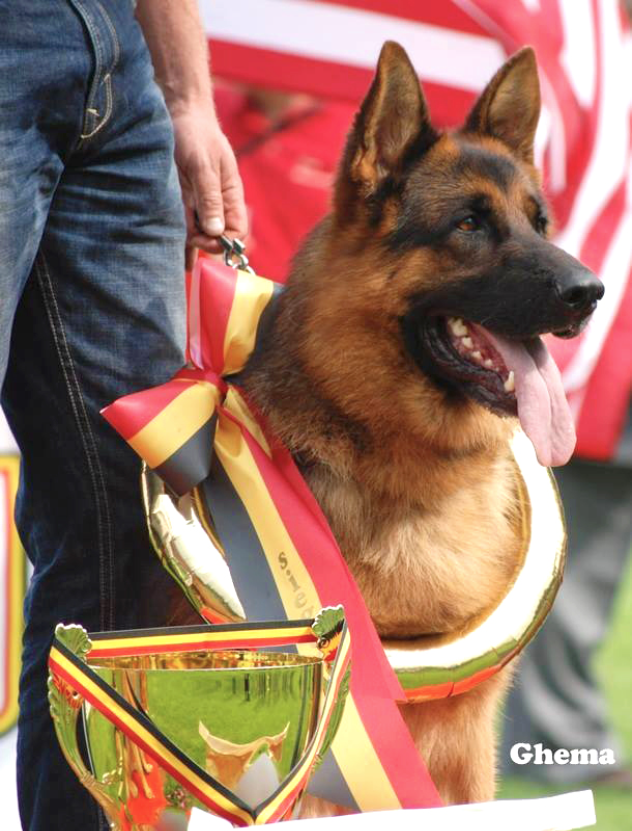 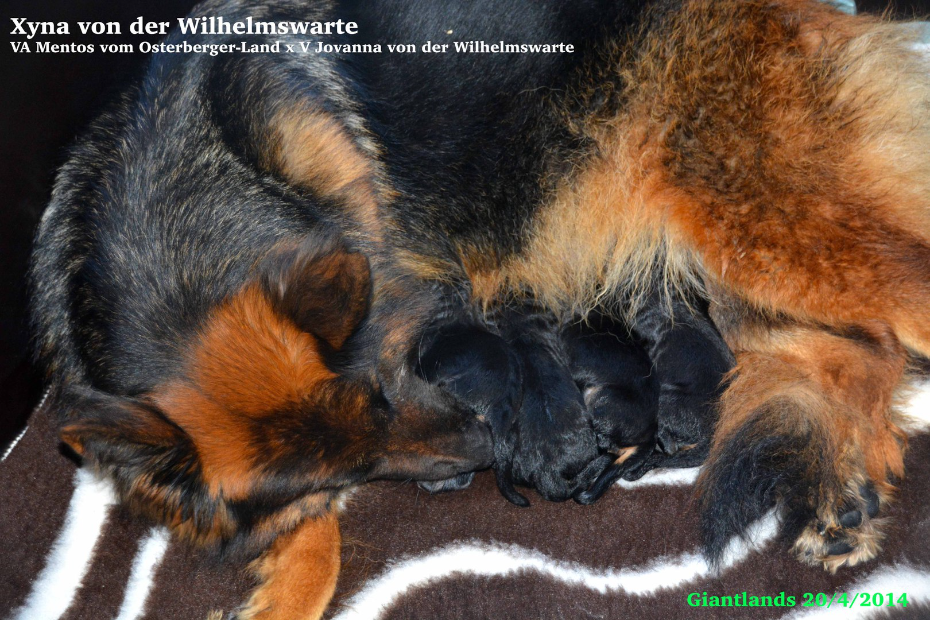