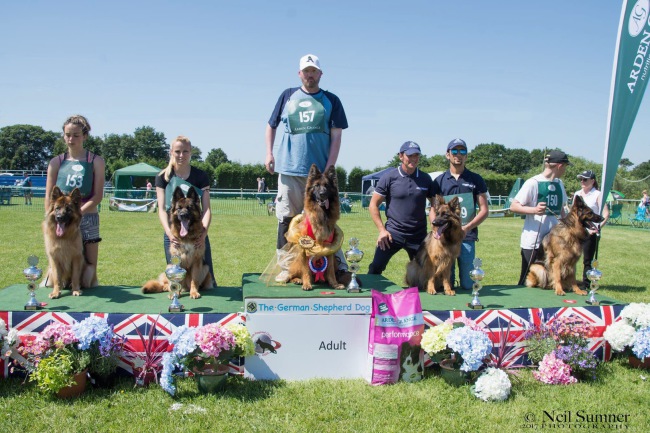 Huge, powerful, type and expressive, very well pigmented bitch with strong head, high withers, straight, firm back, the croup should be slightly longer. The upper arm should be slightly oblique, the hindquarters are well angulated. Balanced chest proportions, straight front. Rear tight, front bodenengtretend the elbow must still close something. With good equilibrium position, it shows a good supply and good reach. Over the GAIT trial bitch shows improved and thus can gain some places. 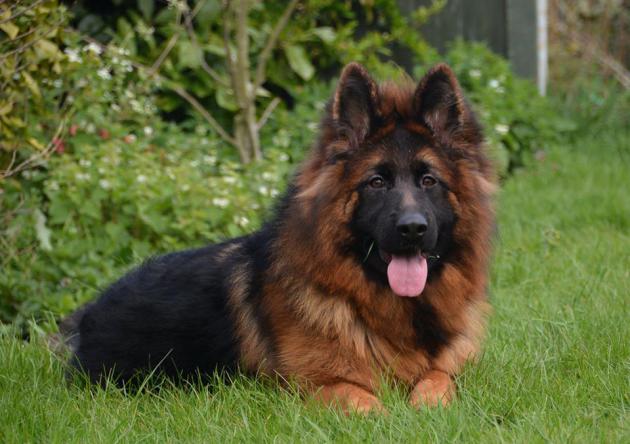 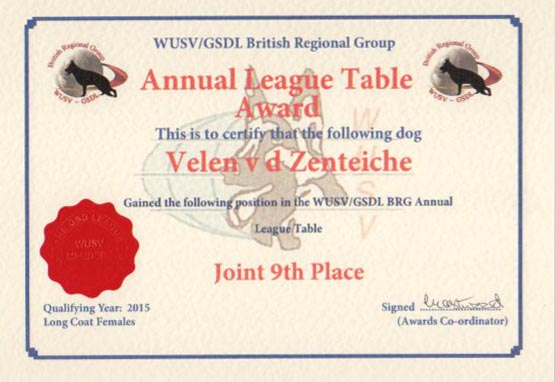 Velen has given us the most fantastic opportunity to compete her at the highest levels. A winner in Belgium, Holland and Germany.

12/7/2014 Velen gains SG1 and the Dutch Siegerine Title in her class at her second ever show. Our first overseas title ever at just 14 moths. Not an easy feat for this special girl when you look at the quality in this class the 2nd Female Alexa Von Der Klosterpforte later wins SG1 at the German Sieger Show 2014.

5th July 2015. BRG British GSD Training Club. Our girl goes up to the Adult Long Coat Class for the first time and try and gain her V grading. A first for us we entered 3 girls in this class. From the individual she pulled out in 1st place but got pipped my our girl Kooki in the run off. But SV Judge Helmut Buß from this cracking class only awarded 2 V (Excellent) gradings, V1 Videx Kooki at Giantlands & V2 to Velen.

7th July 2015. Velen returned to compete for a second Dutch Sieger in 2015, handled by Alain Delmotte under SV Judge Peter Snijders she wins her second (1st place) Dutch Siegerine Title. This girl really loves to show. Up on toes for the whole of the class.

1st November 2015. We competed in our hardest class to date. The Working Female Long Coat Class (all dogs have to having working qualifications to enter) and not one to shy away we decided to go to Germany OG-Zucht- und Nachwuchsschau (LG 10) Rheinland-Pfalz Show under Top SV Judge Heinz Scheerer. By the time we got to the working classes our hearts were in our mouths but Velen put in an amazing individual and was pulled out into first place and kept it in the run off unfortunately we couldn't understand the grading and critique that was given so we didn't know whether we had achieve the V Grading. We watched the Long Coat Working males we got to see VA1 Orbit von Pallas Athene, VA3 Jackson vom Zisawinkel, V4 Victor von Regina Pacis V14 Leonidas vom Fiemereck from the Working Long Coat Class at the German Sieger SG10 Casper vom Assaut, from the youth Class in Nurnberg. A fabulous class of males would have gone all that way just to see these boys close up. In the Working Standard Coat Female Class Velen sister Viola von der Zenteiche was competing a surprise for both owners they would both be together in the same show. Viola wins V1 in a big class of 12 females. We had to wait to see the grading cards to see we had in fact been awarded V1. Giving the two sisters V1 Working LC Female for Velen and V1 Standard Coat for Viola. What a day!!

*** Velen is the only Long Coat Working Female *** in the United Kingdom so unfortunately showing at the Regional Shows in this country she would be first out of one. We really hope in years to come there will be more. 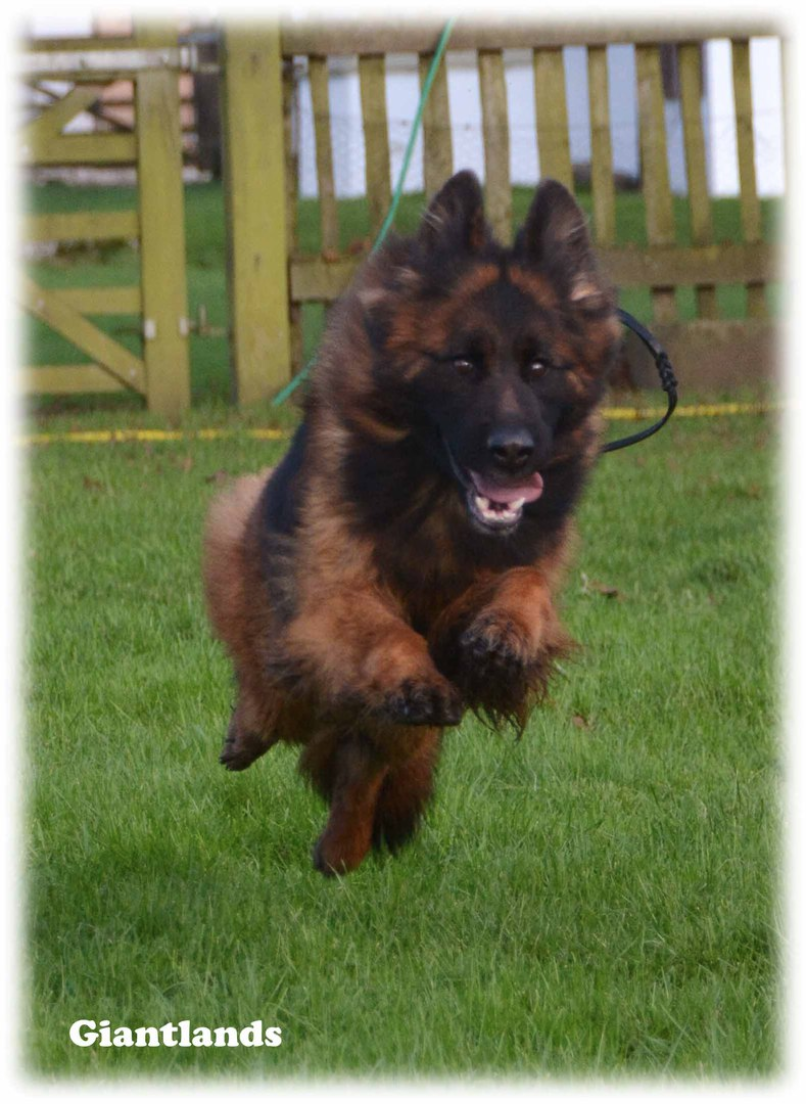 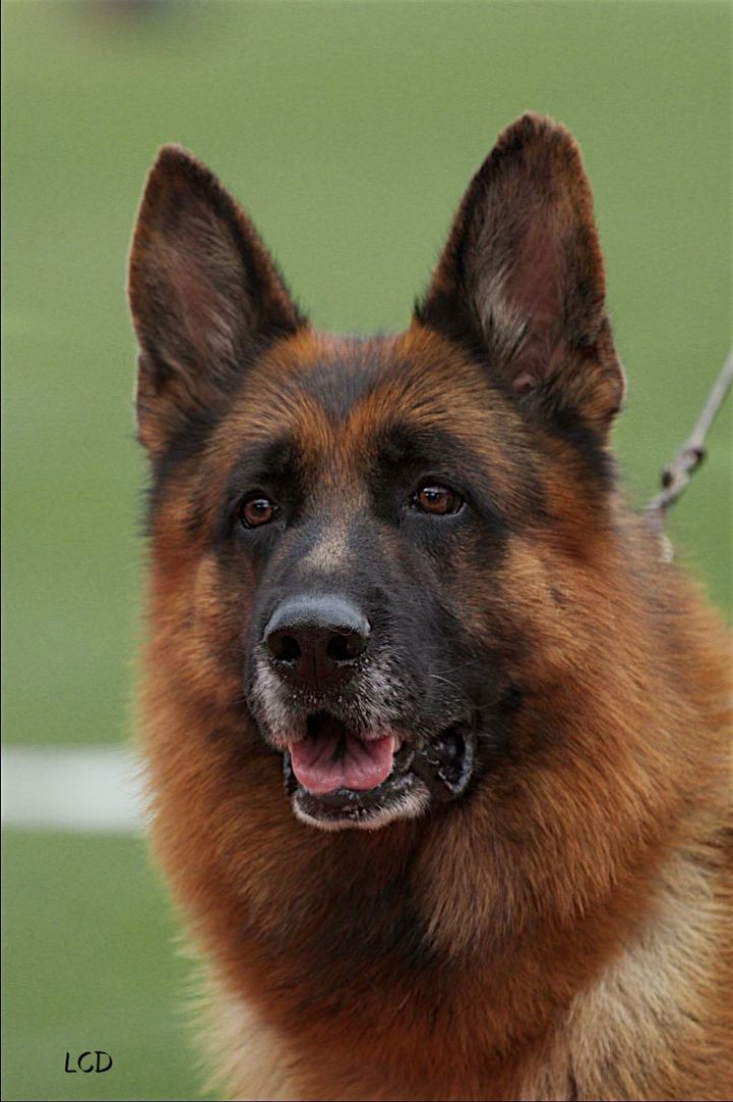 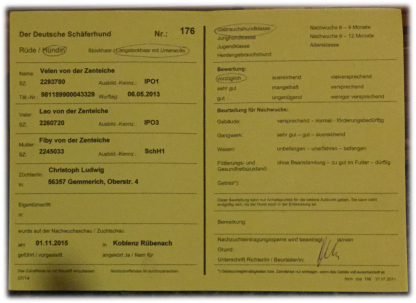 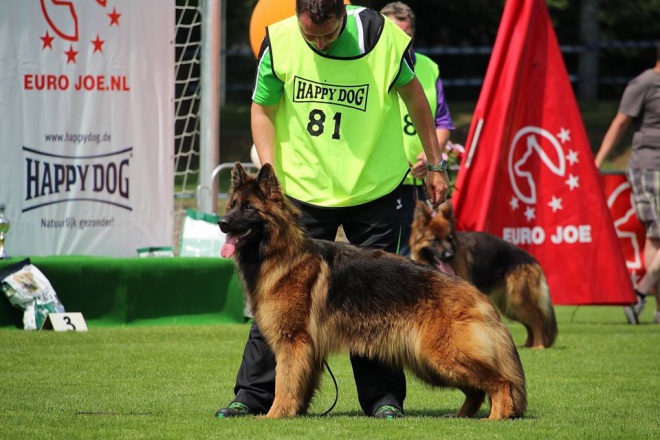 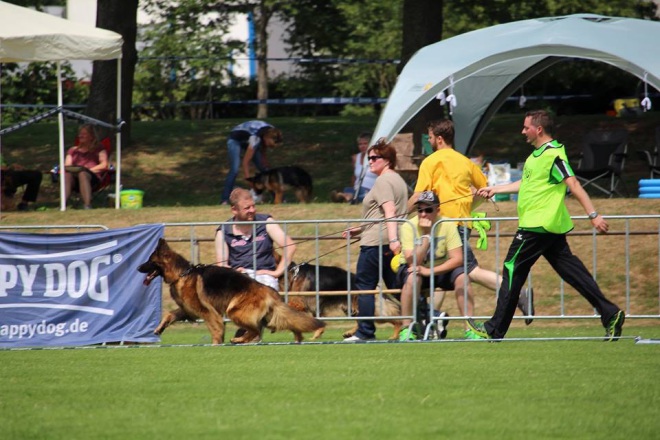 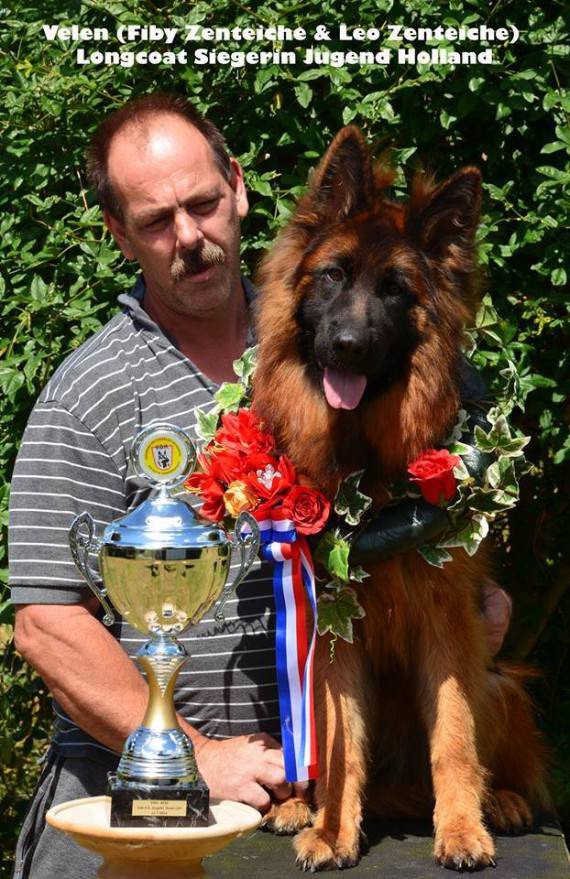 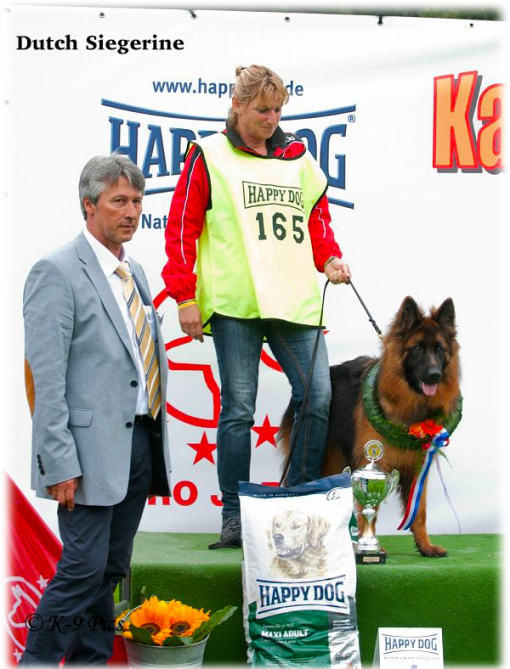 Our girl on the winners podium 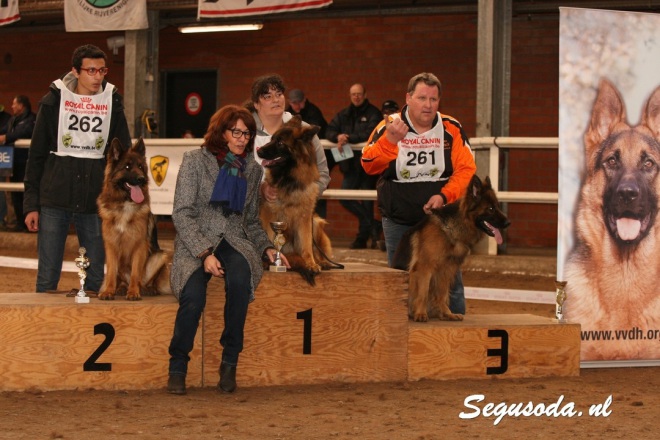